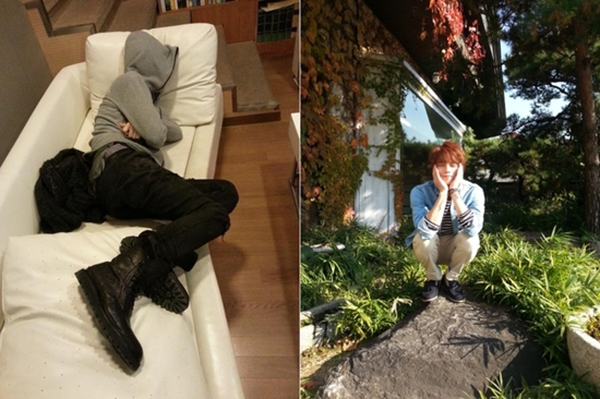 
JYJ’s Kim Jae-joong has again entered the world of Twitter after deactivating to stop hackers posing as him.

On Sunday, Kim created a new account “bornfreeonekiss” and told fans he was back, just for them.

“There were so many of you who wanted me to start tweeting again,” said Kim. “So to make you happy, I’ve come back. To mark my return I give you ‘Sleeping JJ,’” Kim joked by uploading pictures of himself sleeping on a couch and basking in the sun.

Fans were ecstatic to hear the news and quick to follow the Hallyu idol singer. His band member Kim Jun-su also posted a quick “Yo” on Kim’s update.

Up until Nov. 2, Kim had more than one million followers on Twitter and posted frequent updates and pictures. Then all of a sudden, citing hacking as the reason, he dropped the SNS handle.

Of late, Kim’s been in the spotlight for his movie “Code Name: Jackal” and for finally coming to an agreement with former agency SM Entertainment which debuted Kim and his fellow JYJ members under the boy band TVXQ.