Schools in for winter

Schools in for winter 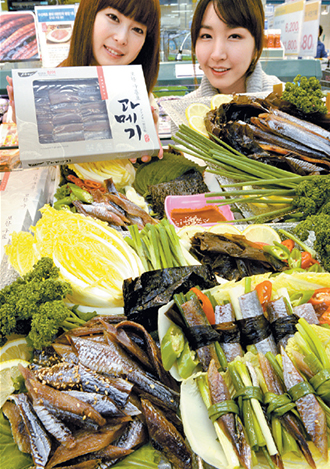 Models hold up a packet of Gwamegi, or half-dried Pacific herring, from Pohang, North Gyeongsang, at E-Mart’s Yongsan store in central Seoul yesterday. Producers started sourcing the seasonal food mostly from Pacific saury (mackerel pike) from the 1960s as herring became scarce, but it is now making a comeback as supplies regenerate in the waters around the peninsula. [YONHAP]