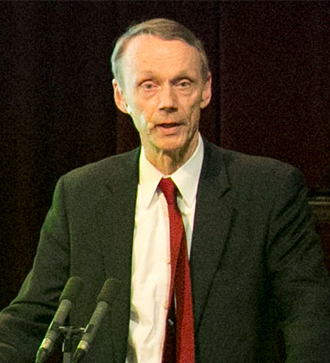 In the wake of the rise of China and the shift of the center of the world economy to East Asia, a paradigm shift of civilizations is occurring, said Peter Katzenstein, international studies professor at Cornell University yesterday at a lecture at Kyung Hee University in Dongdaemun District, central Seoul

“Civilizations in world politics stretch beyond East and West,” the former president of the American Political Science Association said. “They are plural and pluralist. And they are embedded in one global civilization containing multiple modernities.”

Trying to distinguish the East and West by over-emphasizing their differences could be potentially dangerous.

He cited rapper Psy’s YouTube hit “Gangnam Style” as an example of a more globalized civilization.

In a lecture entitled “Civilization in World Politics: Beyond East and West,” Katzenstein spoke to some 400 Korean students and professors on “civilization politics,” citing Korea as an example of a country that has experienced civilization politics due to its position between China and Japan.

“Traditionally oriented more toward Sinic than Japanese civilization, Korea has had to contend with the cross-currents between both,” said Katzenstein. “The fierce independence of Korea and the strength of Korean collective identity, comparable to that of Poland, may well be due to its exposed location.”

That has led to Korea experiencing “the full range of civilizational outcomes that have recurred throughout history” including “inter-civilizational clashes culminating in brutal cultural imperialism.”

Katzenstein is the author of several books on civilization including “Sinicization and the Rise of China: Civilizational Processes beyond East and West.”