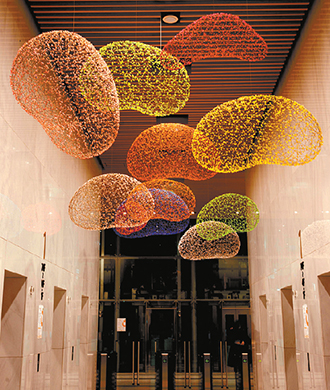 “Human, Love, Light,” an installation work by Lee Sung-kuen, a professor at Hongik University, is part of the school’s art festival that starts next Monday. Provided by the university

Hongik University, one of the nation’s most prestigious universities for fine arts, design and art theory, is holding a large-scale festival to celebrate the opening of its new center on Daehangno Street in central Seoul.

The art center - a building with 15 stories above ground and six underground - is located about 9.5 kilometers (six miles) northeast of the university’s main campus on Hongdae Street in western Seoul.

The 2012 Hongik International Art Festival, with 900 pieces by 550 artists ranging from renowned veterans such as photographer Bae Bien-u to up-and-coming students, will take place at both the new art center and the main campus from next Monday.

The art center will be holding exhibitions of works by professors and students of Hongik University as well as by artists affiliated with six universities across China and Japan.

At the main campus of Hongik University will be a small-scale show of beloved Korean early 20th-century masters including Lee Jung-seob (1916-56) and Park Soo-keun (1914-65). This will be held at the Hongik University Museum at the center of the campus. An art market will also be presenting some 160 pieces by budding artists who graduated from the university. The fair will be held at the Hongik Museum of Art near the main gate of the campus.

The highlight of the exhibitions at the main campus will be “PROJECT 72-1: School as a Laboratory,” which will take place at the now-defunct buildings of the elementary school attached to the university’s Education College. 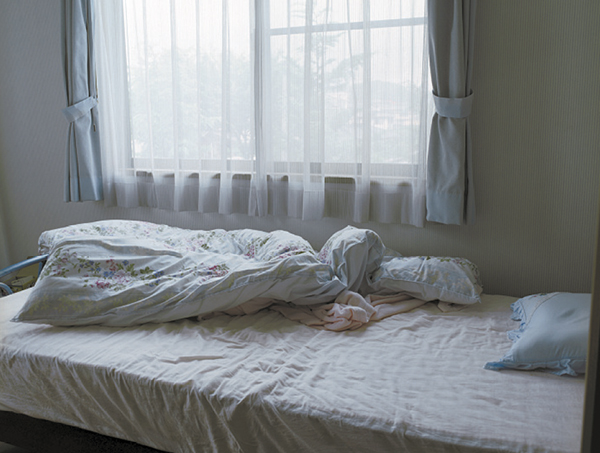 “Ghost,” a photograph by Yukiko Taguchi, a student from Japan’s Musashino Art University, is on display at the Hongik International Art Festival.


The elementary school relocated from the university campus, so the buildings have been used to house artists since November. The exhibition will show site-specific works by dozens of artists including Koo Dong-hee, who won this year’s Misulsang, an art award granted by the French luxury brand Hermes.