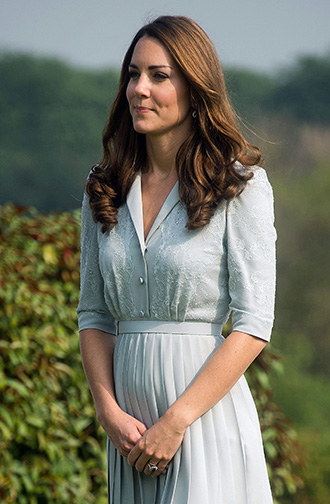 LONDON - Prince William and his wife Catherine announced Monday they are expecting their first child, ending fevered speculation about a baby destined to become Britain’s monarch whether it is a boy or a girl.

The former Kate Middleton, 30, is in hospital suffering from severe morning sickness, St James’s Palace announced in a statement.

Queen Elizabeth II and the rest of the royal family were “delighted” by the news of the pregnancy while William - the son of the late Princess Diana and the heir to the throne Prince Charles - had visited her in hospital, the palace said.

The pregnancy adds to resurgent support for the monarchy after the pomp of William and Catherine’s wedding in April 2011 and the Diamond Jubilee celebrations to mark the queen’s 60th year on the throne in June this year.

The baby is set to be third in line to the British throne after Charles and William, irrespective of its gender, following moves by the government to change ancient succession laws giving priority to male children.

The palace said the couple was only “recently” aware that Catherine was pregnant. The Press Association reported that the pregnancy has not passed the 12-week point.