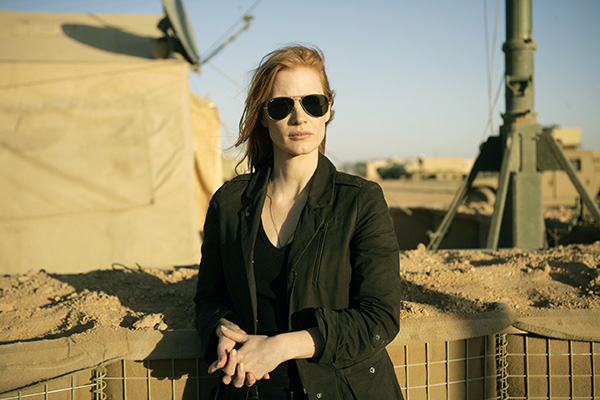 Bigelow, whose “Hurt Locker’’ won best picture at the Academy Awards in 2010, also won best director in the awards announced Monday, and Greg Fraser won for the film’s cinematography.

“?‘Zero Dark Thirty’ confirms the massive talent of Kathryn Bigelow,’’ said NYFCC chairman Joshua Rothkopf, a critic for Time Out New York. “?‘Zero Dark Thirty’ is a very important movie. It’s not triumphant and it’s still a very significant dramatization of an important event. And we were knocked out by the film.’’

But the critics group also cast a loud vote for Seven Spielberg’s “Lincoln,’’ bestowing it with three awards: Daniel Day-Lewis for best actor, Sally Field for best supporting actress and Tony Kushner for best screenplay. Lewis’ award for his performance as the 16th president is his fifth from the NYFCC.

Rachel Weisz earned best actress from the critics for her performance in the little-seen “The Deep Blue Sea,’’ a period drama by the British director Terence Davies.

The supporting actor pick went to Matthew McConaughey for his performances as both a Texas district attorney in Richard Linklater’s “Bernie’’ and as a male stripper in Steven Soderberg’s “Magic Mike.’’

This year’s Oscar hunt is generally seen as fairly open, with a number of strong contenders. The NYFCC voting could help coalesce support behind “Zero Dark Thirty’’ and “Lincoln.’’ Rothkopf, though, said that there was strong passion in voting for several films that didn’t yield an award.

The New York Film Critics Circle, a body of 35 New York-based critics founded in 1935, announced its annual vote on Twitter over a period of hours. Awards will be handed out at a ceremony Jan. 7.