Hyundai yesterday announced that sales in November were 53,487 vehicles, an 8 percent on-year increase. Its accumulated sales were also up 8 percent for the first eleven months of the year. 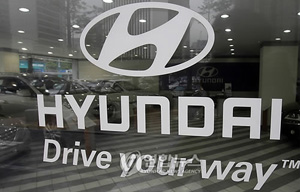 In Canada, both companies performed even better. Hyundai sold 10,101 vehicles in November, a 20 percent on-year increase, while Kia sold 5,719 vehicles, up 17.8 percent.

Early in November, the two affiliates of the Hyundai Motor Group were caught by the U.S. Environmental Protection Agency for overstating fuel efficiency on nearly one million vehicles sold in the past three years.

Hyundai and Kia made public apologies and said they would reimburse vehicle owners for the false mileage statistics.

One factor was Hurricane Sandy which ravaged the East Coast at the end of October and forced many drivers to replace damaged cars.

Another was so-called Black Friday, the day after Thanksgiving on which Americans like to shop.

“The Black Friday sales period once again provided a strong boost for Hyundai in the back half of the month and helped break our all-time November sales record,” Dave Zuchowski, executive vice president of sales at Hyundai Motor America, said in a release.

“We were also very encouraged by the strong sales recovery experienced in those northeastern regions that were ravaged by superstorm Sandy and expect continued momentum there for the balance of the year.”

For Hyundai, good sales were recorded in several models including the Azera (which is sold as Grandeur in Korea), Elantra (Avante) and Santa Fe. Elantra sales shot up 28 percent. Sales of the Sonata, a popular midsize sedan, registered a 13 percent uptick for the month.

“With increased Elantra availability, thanks to the recently added third shift in our Alabama plant, and demand high for everything in our lineup from Accent to Equus, we’re looking forward to breaking our all-time annual sales record early in December,” said John Krafcik, president and CEO of Hyundai Motor America.

However, industry insiders said sales were up for nearly all carmakers because of Sandy.

According to AutoData, U.S. auto sales last month rose 15 percent from a year earlier to 1.1 million, their fastest pace since January 2008.

“As Toyota’s market share plunged continuously after its massive recall, Hyundai and Kia may still need time to recover consumers’ trust,” said Chang Moon-su, a researcher at Eugene Investment & Securities. “Until the first half of next year, people should keep a conservative view on how these two automakers will perform.”