5 arrested for stealing from fuel pipeline

5 arrested for stealing from fuel pipeline 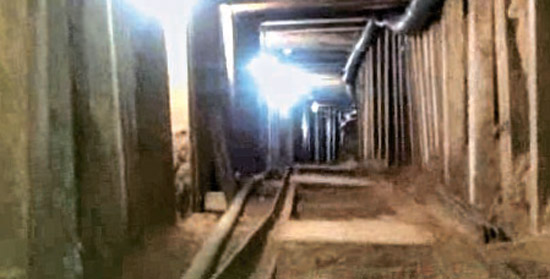 Police arrested five suspects yesterday for allegedly stealing 4 million liters (1.06 million gallons) of gasoline and diesel from an underground pipeline in Gimcheon, North Gyeongsang, after digging a 50-meter (164-foot) deep tunnel and tapping into a pipeline.

The North Gyeongsang Provincial Police Agency reported yesterday it arrested the five suspects for stealing fuel worth 7.3 billion won ($6.7 million) from August to November of this year from an underground pipeline managed by the Daehan Oil Pipeline Corporation.

The investigators booked another group of eight gas station owners for having purchased gasoline and diesel from the suspects.

In order to reach the targeted pipeline buried 50 meters underneath the ground, the five suspects first used shovels and pickaxes for digging for three months from May this year.

The police added the suspects used a hydraulic hose to suck up the fuel from the pipeline.

To store the stolen fuel, the culprits purchased a gas station 50 meters away from the pipeline and transported the fuel to a storage tank there using the hydraulic hose.

According to the police, the suspects “deliberately set higher-than-usual prices” so only a few drivers would use their station to prevent unwanted attention. They used the station as a front to store the fuel and sell it to other gas stations around the country.

The Daehan pipeline corporation was reportedly unaware of the criminal act by the suspects during the 7.3 billion won fuel theft, according to Yonhap News Agency.

To prevent the tunnel from collapsing as the dig site was right beneath a road, the suspects propped up the tunnel with wooden supports, the police said.