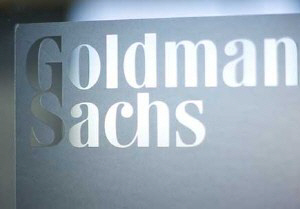 South Korea will not fall into a recession like Japan has been suffering for years with chronic low demand and growth, thanks to its export-oriented economy and a weak currency, Goldman Sachs said Wednesday.

"Korea is in essence different from Japan in a way that its smaller economy has more room for sustaining growth through exports," said Kwon Goo-hoon, the managing director and co-head of research at Goldman Sachs Asia, to reporters.

Japan, on the other hand, was the world's second-largest economy, accounting for 10 percent of the global output right before it went into its slump, Kwon explained.

"Japan's economic structure was incompatible with maintaining growth through exports against faltering domestic demand," he said.

He also said that South Korea, citing the global economy, is forecast to be heading for a modest recovery with Chinese demand likely to rebound.

The U.S. investment bank expects a 3.3 percent on-year growth for the global economy next year, up from a 3 percent gain forecast for this year, according to its outlook report. For Korea, it predicted a 3.4-percent expansion in 2013 and 4 percent in 2014.

Kwon's viewpoint came amid growing concerns among some experts that Korea could experience a long-term downturn similar to that of Japan.

Korea marked the slowest on-year growth of 1.6 percent in the third quarter since 2009 and is estimated to grow 2.4 percent this year, according to the government. Sluggish domestic demand, a faltering housing sector and record-high household debts have raised the specter that the country may follow its neighbor's suit.

But Kwon dismissed such a diagnosis, citing the local currency anticipated to stay weak against the U.S. dollar in the long term, compared with the Japanese yen, which has appreciated about 50 percent against the greenback in the course of the recession.

He said it's because Korea, different from Japan, is more exposed to constant outflows of financial assets that lead to a weak won, which will give a competitive edge to its outbound shipments.

According to the Goldman Sachs forecast, the Korean economy is expected to gradually recover next year with a low inflation, driven by a rebound in exports and a decline in global oil prices.

The investment bank gave a 7-8 percent growth estimate for exports, with the crude oil projected to stabilize at US$80 per barrel. (Yonhap)