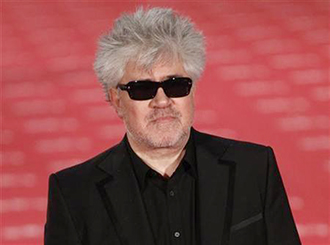 Oscar-winning Spanish director Pedro Almodovar is set to be feted with a retrospective of his work by the U.S. Academy of Motion Picture Arts and Sciences in London, the Academy said on Tuesday.

Parts of Almodovar’s films will be shown, the Academy said in a statement.

Almodovar, 63, is known as a significant director in Spain’s cultural transition after the death of dictator Francisco Franco in 1975.

Almodovar burst onto the international scene with his 1988 Oscar-nominated film “Women on the Verge of a Nervous Breakdown.” He won a best foreign language Oscar for his 1999 film “All About My Mother” and best original screenplay for 2002’s “Talk to Her.”

The Spanish director is known for his portrayal of human emotions and strong female characters as well as his long-standing collaboration with actress Penelope Cruz.