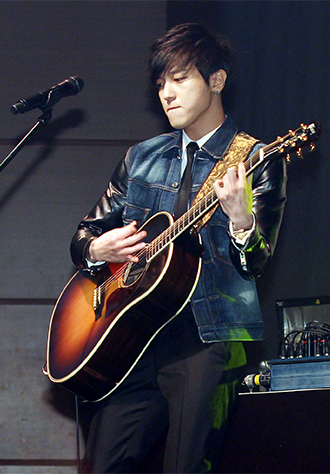 According to Japanese music Web site dwango, CN Blue’s frontman Jung Yong-hwa has topped the K-pop drama soundtrack chart for the year with “You’ve Fallen for Me.”
Second on the chart was “Love Rain” by Jang Keun-suk.

Jung’s winning song is taken from the drama by the same title in which he stars. The show was a hit in Korea as well as in Japan where it aired from July to November on Fuji TV.

Jung is making his mark both as a soloist and as part of CN Blue.
The group released its first album there in August.
By Carla Sunwoo [carlasunwoo@joongang.co.kr]