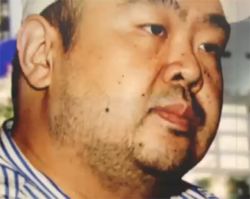 A Seoul court has sentenced a North Korean spy, who previously was engaged in espionage activities in China and entered South Korea earlier this year posing as a defector, to four years in prison, officials said Wednesday.

The spy, whose identity was withheld, was charged with falsely defecting to South Korea via a third country with a mission to gather information on defectors from North Korea, they said. Before coming to the South, the man had been based in China since the early 2000s, tracking down North Korean defectors hiding there and deporting them back to the communist regime.

Noticeably, the spy also confessed that he had originally been assigned to launch a terrorist attack against Kim Jong-nam, a half-brother of the North's leader Kim Jong-un.

The Seoul Central District Court also ordered that his rights, such as suffrage, be stripped for four years after his release from prison.

"The court took into consideration that the defendant, who has a son in the North, became an agent after being threatened and appeased by the spy agency. Also, he confessed to his crime and cooperated with the investigation after his identity was revealed during the questioning," Judge Lee Won-bum said in his ruling.

The spy, during questioning by Seoul's police and the state intelligence service in March, initially claimed that he fled his country to escape poverty. He, however, later confessed that he is a spy agent from the North's top intelligence agency, the State Security Department.

Judge Lee, however, said, "The defendant participated in a mission to track down N. Korean defectors and forcibly send them back to the North, even knowing that they will be threatened for their life.

"He greatly violated their freedom and human rights," he said.

"Stern punishment is required considering that if he had successfully settled in the Republic of Korea, he could have carried out a mission and greatly compromised the country and its safety," he added.

The North's spy agency reportedly ordered the spy to simply injure Kim in a staged traffic accident since killing him could lead to an international problem. In July 2010, the spy even paid a taxi driver to carry out the attack.

The self-confessed spy, however, told investigators that he failed to carry out the mission as the eldest son of North Korea's late leader Kim Jong-il never entered China.

The elder Kim was last reported to be staying in Macao in February of this year. (Yonhap)