Boyfriend takes on a super arena in Japan

Boyfriend takes on a super arena in Japan 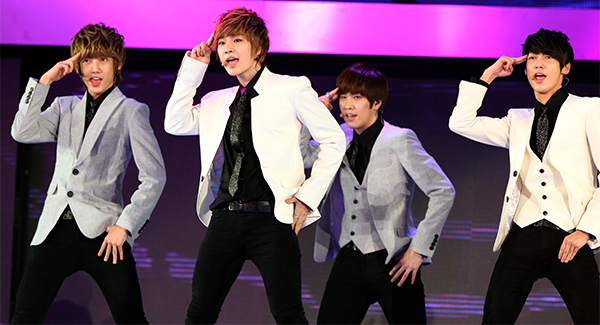 
Boyfriend has proved that it might have what it takes to become the next big K-pop act in Japan.
Despite having debuted less than a year ago, the boy band held two “hi-touch,” events (the word refers to a high-five in Japan) at Kobe World Memorial Hall and then at the Saitama Super Arena from Dec. 1 to 2.

The event was held to mark the launch of the group’s second Japanese album “Kimi to Dance Dance Dance/ My Lady.” It was No. 3 on the Oricon weekly chart on Dec. 4.

At the fan meet event, in which fans get to say “Hi” and shake hands with the band members, the group said it was stoked at the opportunity.
“To be able to hold a fan meet at such a large venue is just amazing. Thank you so much,” said the group.

The group will hold a solo Christmas showcase from Dec. 22 to 24 at the Tokyo Dome City Hall.