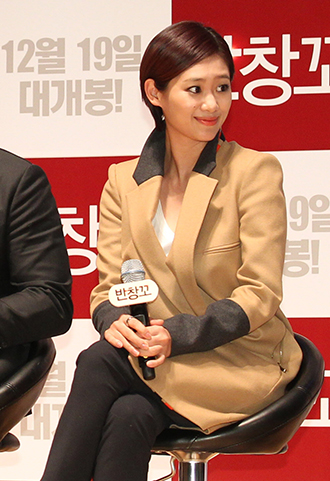 Actress Juni has announced that she will marry on Dec. 13 an entrepreneur who is three years older than her.
The 27-year-old who starred in the drama “Ohlala Couple” and is also set to make her appearance in “Band-aid” this month has been dating her fiancé for the last year and a half. Due to the hype surrounding the end-of-year movie, the starlet has been receiving some spotlight as of late.

Juni and her beau met last year through a friend and although planned to get married this fall, the date was put off due to her being cast in the KBS drama “Ulala Couple” alongside Shin Hyun-joon.

On Dec. 11 she will take part in the press event for the movie starring Ko Soo. Then she will leave for Guam on Dec. 12 for her wedding.