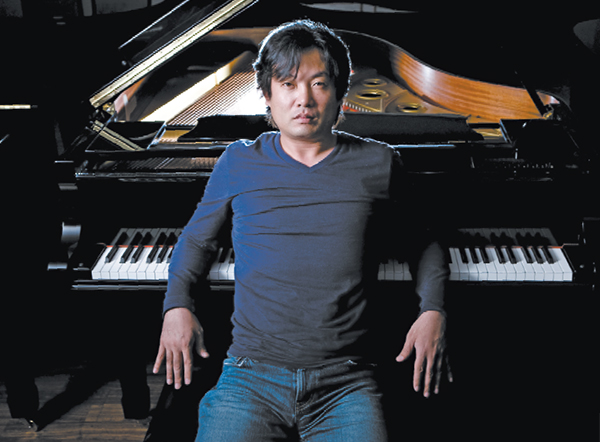 Kim Cheol-woong, a pianist and North Korean defector, talks about his turbulent life. By Kwon Hyuk-jae


A jazz serenade dedicated to a woman changed the life of a promising North Korean pianist.

Kim Cheol-woong, a 38-year-old North Korean defector and visiting professor at the Paekche Institute of the Arts department of music, was among a group of talented pianists with bright futures in the communist regime.

He was born to an elite family in Pyongyang. His dad was a secretary of the ruling Workers’ Party and his mother, who was also a party member, was a university professor. He entered Pyongyang University of Music and Dance, a prestigious college for talented artists in the North, at the age of 8 and received an honorable mention at the International Tchaikovsky Competition in Moscow in 1994, when he was 20.

After that, he was selected to study at the Moscow State Tchaikovsky Conservatory, an elite music school in Russia, between 1995 and 1999. He became a leading pianist of North Korea’s State Symphony Orchestra in 1999 at age 25.

“I thought my life would become meaningless in a country where a pianist could be punished for no other reason than because he played a piano,” he says.

Kim was practicing a forbidden jazz piece he intended to play for a woman he fell in love with. The piece was “A Comme Amour,” by French pianist Richard Clayderman, that had been classified as a “banned song” by the regime. Kim said that the communist regime bans the playing or singing of any music not explicitly authorized by the party.

In 2000, someone heard him playing the piece alone in a room at the university, and he was taken to the State Security Ministry for questioning. There, he says he was tortured for three days and forced to write letters of apology for playing the “rebellious jazz music.”

When asked to identify his fatally charming love interest, Kim hesitated to respond.

“She is now living in Pyongyang, happily married to a son of a high-ranking official,” he says.

After repeatedly being inquired on the identity of his former crush, he cautiously answers: “Jang Mi-yong. A niece of Jang Song-thaek.”

Jang Song-thaek, the powerful uncle of North Korean leader Kim Jong-un, has been regarded as a member of Kim’s inner circle since the death of the former leader, Kim Jong-il.

Jang Song-wu is also a high-profile officer in the North Korean military, leading civil defense forces in the regime as the director of the ruling party’s reserved forces management department.

Kim says he never got to play “A Comme Amour” for her.

“She attended the Pyongyang University of Music and Dance’s dance department,” he says. “She used to be my dream girl, although now she has become a painful memory of the past.” 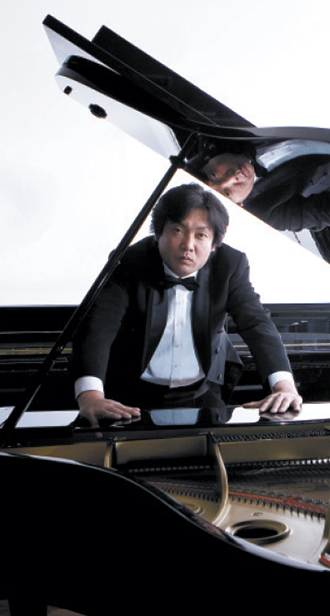 “My mother was a tiger mom,” Kim says. “I had to take lessons from famous music professors in North Korea starting from when I was 4, carrying the Czerny and Hanon books.”

He said that in late 1970s, his family had a Yamaha piano and lived in a 60-pyeong (2,130-square-foot) residential apartment.

His family background was also one of the reasons he could enter the elite music school, he says. His grandmother was the first manager of Pyongyang Department Store No. 1 and his uncle was the first deputy foreign minister. His mother was also a member of the ruling Workers’ Party’s education department, a core organization of the regime responsible for educating people about socialist ideology.

“The passion of North Korean mothers in education for their children is the same as with South Koreans. There are a bunch of tiger moms in North Korea’s upper class.”

When he entered the music college, he says, he was one of nine students chosen for admission from about 6,000 applicants.

He studied at the Pyongyang music school for 14 years, while catching up with the ordinary elementary school program and taking private lessons from professors at the same time.

“I didn’t understand why I should learn music when I was young,” he says. “However, after I became a grown-up, I came to trust myself as a pianist and became addicted to music.”

Kim describes his time studying in Russia as a turning point in his life. In 1994, when he won an honorable mention at the International Tchaikovsky Competition in Moscow, a professor at the Moscow State Tchaikovsky Conservatory approached Kim about entering the prestigious music institute. The following year, he packed his luggage and headed to Russia, where he was able to play any music he wanted. Professors praised his hearing ability as being far superior to other students, he says.

“At the time, North Korea was anxious about students who were studying abroad, especially in Russia and Eastern Europe where socialism was collapsing. The regime feared we would be affected by the changes. Although I stayed at the North Korean Embassy in Moscow, I came to be curious about what would come after the socialist system.”

Maybe his witnessing of the demise of communism was one of the reasons why he decided to defect later, Kim recalled.

“At the time, the North Korean regime’s propaganda said that the lives of Russians in the failed socialist country were devastated,” he says. “However, most of things I witnessed were all good things, and I envied them - a lot of new products at local stores, bright signs of a city at night - all of these things swayed me.”

After studying abroad for four years, he returned to Pyongyang in 1999 to a guaranteed job as a leading pianist with the State Symphony Orchestra. He was only 25, at the time the youngest leading pianist ever.

However, his privileged life didn’t last that long. In 2000, he played the forbidden serenade.

After he was punished, he decided to defect and crossed the border with China in October 2001. However, he was soon caught and tortured by Chinese security guards.

“I was forced to kneel on the floor, and hit with a wooden club,” he says. “My head was bleeding, but I couldn’t cover it with my hands. I thought my life would be over if my fingers were hurt. So I put my hands in armpits and endured the torture.”

After the torture, he was repatriated to North Korea. However, when he arrived at a border security office the official who was in charge was a close friend of his father. He released Kim.

He went back across the border and lived in China, playing piano at a church as an accompanist. Some South Korean pastors took notice and supplied him with a fake passport and a plane ticket to the South.

‘Big guy’ from the North

When he arrived at Incheon International Airport on Dec. 7, 2002, Kim says, he was surprised by the huge, modern terminal. Right after he told the immigration that he came from the North, a group of security police surrounded him. He was questioned by the National Intelligence Service about his identity and the reason for his defection.

“When I received South Korea’s national identification card in March 2003, I burst into tears, thinking that now I could return to music.”

As soon as he settled down in the South, local musicians spread stories about him, saying, “A big guy has come from the North,” he says. Since then, he has been invited to participate in performances, particularly to play one of his own compositions - “Arirang Sonata.”

In September 2008, when he visited the U.S. Department of State, then-Secretary of State Condoleezza Rice even proposed joining him for a piano duet. In April 2009, he was invited to perform in a concert sponsored by the G. Chris Andersen Family Foundation at Carnegie Hall. He played Mussorgsky’s “Pictures at an Exhibition” and some North Korean pieces.

“When I recall the performance at the Carnegie Hall, I can’t stop my heart from pounding,” he says. “I, who was born in Pyongyang, played with the world’s famous and respected musicians in the heart of America’s capital. That’s something I’ll always be proud of.”

Although he has made a successful life for himself in the South, he is saddened by the memory of his father, a local secretary of the ruling Workers’ Party in Chongjin of North Hamgyong Province in the northeast of the country, who died of a stroke in the North two months after his defection. Soon after, Kim brought his mother to the South.

And he still has one more dream.

“I want to form an orchestra with teenagers of both Koreas,” he says.

“I wish to perform the harmony of unification and peace in front of people not only in South Korea, but in the whole world.”