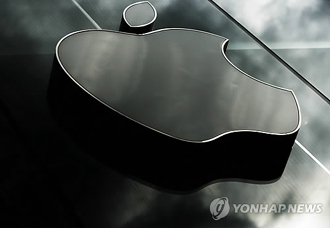 Samsung Electronics may see a trimming of the $1.05 billion in damages ordered by a U.S. jury in August for infringing Apple patents.

On Thursday, U.S. District Judge Lucy Koh started hearings to come to a final judgement in the case at a court in San Jose, California.

Koh will issue a series of rulings over the next several weeks on a number of legal issues raised at the hearings.

Samsung is seeking a new trial or a reduction of the jury’s verdict in August that resulted from a lawsuit by its American rival filed in April 2011. Apple, on the other hand, urged the judge to add millions more to the damages and permanently ban U.S. sales of eight Samsung smartphone models.

Since the August verdict in San Jose, Apple has lost infringement rulings against Samsung in the U.K., Germany and Japan.

Samsung lawyer Kathleen Sullivan argued at the hearing that “only $101 million of the jury’s verdict could possibly be a baseline for willful infringement and subject to enhancement.”

Sullivan also argued that Samsung shouldn’t be found willful in any case, saying that the company had a reasonable belief that it was not infringing. But Apple lawyer Harold McElhinny said, “There has never been a case in which the evidence was so strong.”

Koh gave no indication on how she would rule on the sales ban request or whether she would cut the $1.05 billion award. But she appeared ready to rework some of the jury’s damage calculations.

The jurors filled out a verdict form listing the amount of damages Samsung owed Apple for 26 separate products. For instance, the jurors said Samsung owed Apple nearly $58 million for sales of its Prevail smartphone, which was found to have used Apple’s “tap-and-zoom” technology.

But the type of patent violation the jury found doesn’t lend itself to that big of an award for the product, Koh said, musing that it appeared that Apple could recover perhaps $8 million in the Prevail dispute.

The issue of potential juror misconduct arose over foreman Velvin Hogan, who didn’t divulge he had been
sued by his former employer, Seagate Technology, in 1993. Samsung is a large investor in Seagate.

Himself a patent owner, Hogan introduced “incorrect and extraneous legal standards” in the jury deliberations that may have produced a faulty verdict, Samsung said in a filing.

But Koh only said, “I think that the issue is fully briefed,” not hearing Sansung’s full argument.

The Korean company, the world’s top smartphone producer, has asked for the verdict to be completely dismissed and a new trial held because of Hogan. Most legal experts said Samsung had no chance of prevailing on that issue because Hogan’s lawsuit happened more than 20 years ago.

“The connection here is tenuous,” said Christopher V. Carani, a Chicago patent attorney who has closely followed the case. “I would be surprised if Judge Koh accepted this argument and scrapped the jury’s entire finding.”

When asked why the court should issue an injunction on products that are no longer on the market, Apple’s lawyer responded that it would prevent the sale not only of those products but also new ones that employ similar infringing features.

In addition, the two companies are locked in legal battles in several other countries.

With less than 20 minutes remaining before the adjournment, Koh asked the lawyers when the case was going to be resolved. Apple lawyer McElhinny said, “It won’t be resolved until the law is resolved and enforced.”

Regarding the possibility of a settlement between the two companies, another Samsung attorney, Charles Verhoeven, said, “We are willing. The ball is in their court.”

Then Koh said, “I’ve said this all along,” adding, “I think it is time for global peace.”

Closing the hearing, the Korean-American judge said she would issue orders on various questions and set things up for an appeal, but she indicated a settlement would be better.

The hearing adjourned for the day at about 5 p.m. local time.