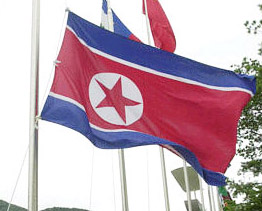 South Korea once again urged North Korea to repay millions of dollars in loans provided in the form of food in 2000 while notifying that it will charge Pyongyang an additional 2 percent of the debt as delay damages, the Unification Ministry said Friday.

The impoverished North missed the June 7 deadline for repaying South Korea US$5.83 million in the first installment of the food loan worth $88.36 million. Seoul has urged Pyongyang to repay the debt, but the communist nation has been silent on the demand.

It was the fourth time for South Korea to send such a message calling for repayment.

"This is a violation of an inter-Korean agreement, and we can declare default on debt," the spokesman said. "We once again urge the North to faithfully carry out the agreement."

Kim also blasted Pyongyang for preparing to launch yet another long-range rocket at a time when its people are suffering from food shortages and the country is defaulting on its debt, portraying the planned launch as a mistake that amounts to squandering years of food for its people. (Yonhap)