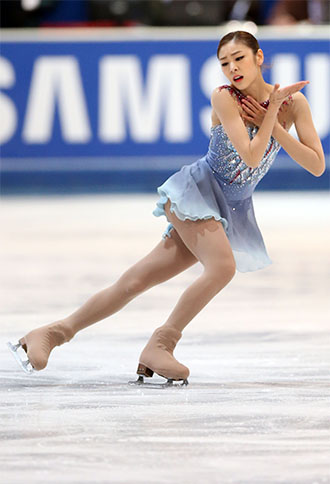 Olympic reigning champion Kim Yu-na performs a flawless short program routine to the tune of the “Kiss of the Vampire” at the NRW Trophy in Dortmund, Germany, on Saturday, making a triumphant return after her 20-month sabbatical from international competition. The 22-year-old Korean figure skater finished first in the program with 72.27 points. The 2010 Vancouver Olympics gold medalist, who announced a plan to compete in the 2014 Sochi Olympics in July, is bidding to compete in the World Championships to be held in Canada in March. [YONHAP]