Game over for Pac Man

Game over for Pac Man 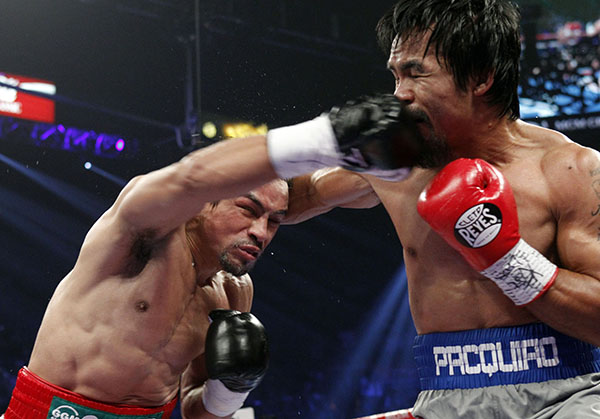 Juan Manuel Marquez, left, of Mexico connects on Manny Pacquiao of the Philippines during their welterweight fight at the MGM Grand Garden Arena in Las Vegas, Nevada, Saturday. Marquez knocked Pacquiao out cold with a vicious right hand at the end of the sixth round, putting a ferocious end to the fourth fight between the two boxers. [REUTERS/YONHAP]