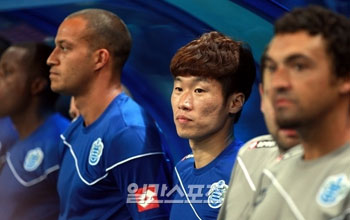 Queens Park Rangers entered the Premier League record books on Saturday after a 2-2 draw at Wigan Athletic, meaning they had failed to win any of their opening 16 matches.

The London club’s start is now worse than that endured by Swindon Town in 1993-94 who were relegated after just one season in the top flight having conceded 100 goals.

Rangers, who escaped the drop in May before spending heavily on new players in the close season, are rooted to the bottom with seven points from 16 matches although they have shown an improvement since Harry Redknapp replaced Mark Hughes as manager, drawing their last three games. QPR drew for a third match in a row under Redknapp.

The woeful start has left captain Ryan Nelsen, who scored on Saturday, bemused.

“Sixteen without a win - it’s obviously not nice,” said the New Zealander. “It’s astonishing to tell you the truth.

“There’s not been that many games where we have been out of it but that’s the fine line of the Premier League. There’s no excuses.

“We’re confident we can get out of it. We feel if we can get one win then we will get two and we’ll get going.”

Redknapp has a reputation for turning struggling clubs around, once saving Portsmouth from the drop and then transforming Tottenham Hotspur into top-four contenders after taking over when they were bottom of the league.

Saving QPR, however, looks like being one of his toughest assignments as they are eight points adrift of fourth from bottom Wigan with a hectic Christmas schedule looming.

Goals from Nelson and Djibril Cisse turned the match on its head after James McCarthy had opening the scoring in the 19th minute for Wigan.

Then, just as the visiting fans were contemplating victory, McCarthy equalized with 16 minutes left.

“It’s still all to play for because other teams are not winning,” said Redknapp, who has banned his Rangers squad’s Christmas party.

Fernando Torres continued to silence his critics by scoring twice for the second game running as third-placed Chelsea won 3-1 at Sunderland on Saturday to record their first Premier League victory under Rafael Benitez.

The much-maligned Spain forward struck two goals in the first half, his second from the penalty spot, and almost completed a hat-trick shortly after halftime when his ferocious shot rebounded off the woodwork for compatriot Juan Mata to tap home.

The double by Torres, his first goals in the Premier League for two months, came on the back of his double blast in Wednesday’s 6-1 rout of Danish team Nordsjaelland in the Champions League.

In Spain, Mesut Ozil netted a superb double to fire Real Madrid to a 3-2 comeback win at Real Valladolid on Saturday and lift Jose Mourinho’s side within two points of second-placed Atletico Madrid in La Liga.