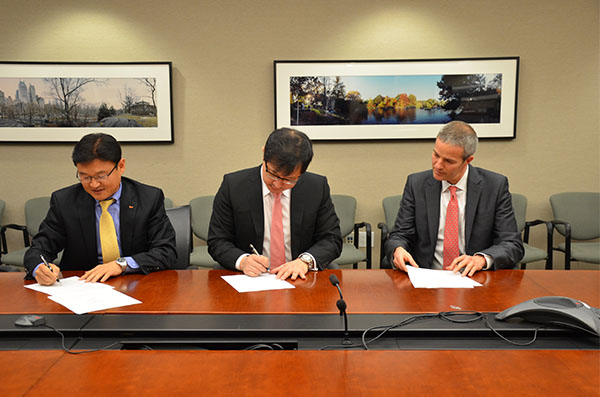 
Korea’s No. 3 conglomerate SK Group said yesterday it has agreed to team up with U.S. buyout fund Carlyle Group as part of its push into overseas investments.

SK Group said that it has clinched a strategic partnership with the U.S. private equity fund in a bid to strengthen business synergy by combining the group’s expertise in corporate management and energy with Carlyle’s investment skills.

“The partnership would pave the way for SK Group to grow as a global portfolio investor,” the group said in a statement.

Carlyle Group manages more than $157 billion in assets across 101 funds and 64 fund of funds vehicles, according to its Web site.

The move is part of the group’s global push pursued since 2008 by making a joint investment with overseas players.

The group added that it plans to expand strategic partnership with foreign companies in a bid to create a joint fund investment including Dogus Group, the largest conglomerate in Turkey, and Aval Group, Colombia’s biggest banking group.