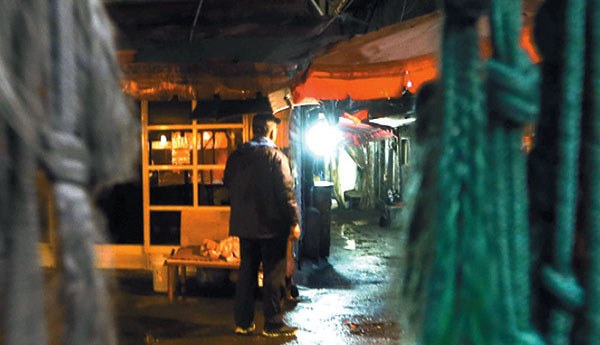 Brothels in Miari, northern Seoul, have deteriorated since the revised sex trade law was enacted in 2004, and police have conducted crackdowns. But some brothels in the area have survived and even thrive in some sense recently as police resources are stretched thin. By Oh Jong-taek


A 32-year-old prostitute surnamed Kim works in a red-light district in Hawolgok-dong, northern Seoul. She usually sees three or four customers a day. In 2004, when the revised sex trade law went into effect, Kim began working at a room salon in Gangnam, southern Seoul. She was a college student and needed money for tuition.

Kim couldn’t quit her job because it enabled her to earn a large sum of money relatively easier than other part-time jobs. She also spent money wastefully, buying luxury designer goods. She hadn’t graduated from college.

She went to Hawolgok-dong to work in February last year. She heard rumors that the red-light district was almost dead due to the revised sex trade law, but she soon realized that the rumors weren’t true. She worked three months there and earned 15 million won ($13,900). She judged that the money was sufficient enough for school tuition and quit.

But soon she needed money. She took part-time jobs, but she couldn’t make enough. She went back to the brothel in September. “That [sex trade] law just made prostitutes criminals,” Kim told the JoongAng Ilbo. “The police never crackdown on prostitution in my area.”

“The sex trade law contributed to improving the human rights of prostitutes and also decreased the number of red-light districts in the country,” said Cho Bae-sook, a former lawmaker of the Democratic United Party who proposed the bill for the sex trade law in 2004. “But because we focused heavily on removing the brothels, we failed to prevent new types of prostitution.”

Kim Kang-ja, a visiting professor at Hannam University who led the massive crackdown on the red-light district when she was chief of Jongam Police Precinct in 2000, said, “The government failed to provide life support programs so prostitutes can live without being involved in prostitution. Due to such mistakes, the sex market instead got bigger than ever as different types of prostitution have spread into society.”

“The idea makes women a sex product,” a spokesman of a civic group said.

Experts said the government should provide programs that can help prostitutes support themselves in order to root out the sex trade. The Gangnam District Office formed a special task force to track down prostitution in July and shut down 257 prostitution places and imposed 1.8 billion won in fines on business owners.