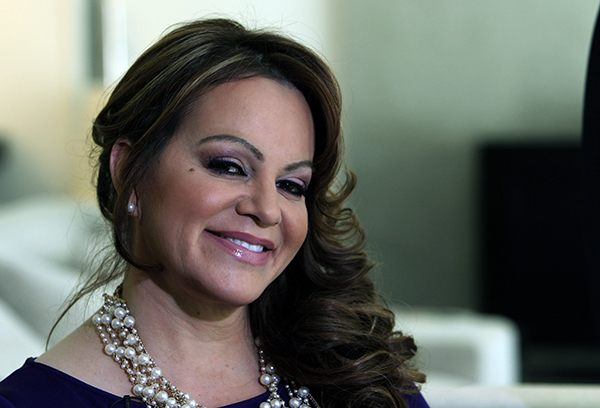 MONTERREY, Mexico - The wreckage of a small plane believed to be carrying Jenni Rivera, the U.S-born singer whose soulful voice and unfettered discussion of a series of personal travails made her a Mexican-American superstar, was found in northern Mexico on Sunday. Authorities said there were no survivors.

The singer’s father, Pedro Rivera, said he thinks his daughter died in the crash and that her brother will travel to Mexico on Monday to identify what they presumed were her remains.

Authorities in Mexico say the remains found are unrecognizable and have not yet publicly confirmed that she is dead. They say there will be an investigation.

Born in Long Beach, California, Jenni Rivera was at the peak of her career as perhaps the most successful female singer in grupero, a male-dominated regional style influenced by the norteno, cumbia and ranchero styles.

A 43-year-old mother of five children and grandmother of two, the woman known as the “Diva de la Banda’’ was known for her frank talk about her struggles to give a good life to her children despite a series of setbacks. She was recently divorced from her third husband, was once detained at a Mexico City airport with tens of thousands of dollars in cash, and she publicly apologized after her brother assaulted a drunken fan who verbally attacked her in 2011.

Her openness about her personal troubles endeared her to millions in the U.S. and Mexico.

“I am the same as the public, as my fans,’’ she told The Associated Press in an interview last March.

Rivera sold 15 million records and recently won two Billboard Mexican Music Awards: Female Artist of the Year and Banda Album of the Year for “Joyas prestadas: Banda.’’ She was nominated for Latin Grammys in 2002, 2008 and 2011.