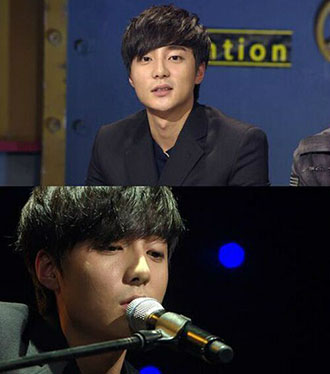 While singing Damien Rice’s “The Blower’s Daughter” on the show, Kim said he dedicated the song to Park.
He then we on to reveal that at 9-years-old he made an appearance on a kid’s show and saw Park for the first time, “and fell in love.”

Kim sent a special shout-out to Kim and said that he was still one of her fans. Yoon Gun and Dick Punks also appeared on the episode.