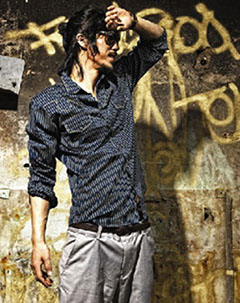 A documentary to mark Tiger JK’s 20th year since debut is being produced.

The rapper’s agency, Jungle Entertainment, said that the two-part program will contain everything to do with the singer’s life and music, and will air on Mnet on Dec. 10.

The program will focus on just how the 38-year-old rose to the top from his humble beginnings by performing at a hip hop festival in the United States back in 1992.

“The trials and triumphs of Tiger JK, resulting in his becoming a household name in the Korean hip hop industry, will be explored,” said a spokesperson from Jungle Entertainment.