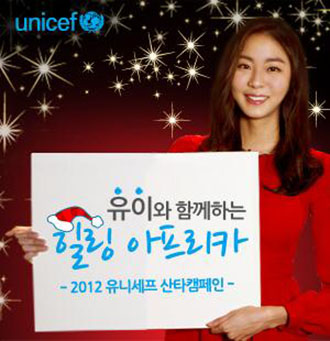 Unicef has picked After School’s Uee as the face of its Christmas appeal.

The Korean branch of the worldwide children’s aid organization announced on Dec. 10 that the girl group member was picked for her efforts to improve the world around her.

“Despite her busy schedule, she always makes time to volunteer and give to the needy,” said a spokesperson from the organization. “We hope her good image will help promote the Santa campaign.”

Meanwhile, the girl group member, who is making her mark as an actress of late, said she was honored to be helping out.

“Let’s all become like Santa Claus for the kids that need our help,” Uee said after landing the gig.