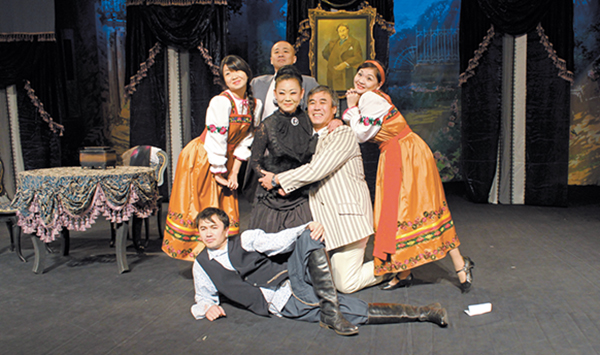 Koryo Theater performers are having a rehearsal for Anton Chekhov’s “The Bear.” The theater has offered entertainment and consolation to ethnic Koreans for 80 years. By Jung Hyung-mo


On Aug. 21, 1937, Joseph Stalin ordered the forced relocation of Koreans living in the coastal provinces of eastern Russia to the unsettled steppe country of Central Asia. The stated aim was to prevent Japanese secret agents from invading the Soviet Union.

Stalin’s massive plan, which was carried out starting Sept. 9, stripped ethnic Koreans of their land, forcing them to leave without their livelihoods and unharvested crops. The immigrants were shipped to Central Asia by open-air train like a herd of animals. Countless women, children and the elderly froze to death or starved en route.

Awaiting those who survived the trip was destitution amid the piercing wind and extreme cold of Kazakhstan and Uzbekistan. The ethnic Koreans, however, were somehow able to survive, support their families and putting down roots 10,000 kilometers (6,214 miles) from their homeland.

Decades after their arrival, the Koryo Theater remains a focal point of Korean culture for their descendants. Some of the performances at the theater include Korean classics based on popular folktales such as “The Story of Chunhyang” and “Simcheongga.” These performances evoke the bonds of family and help sustain ties to Korea.

This historically important year marks the 80th anniversary of the opening of the theater and the 20th year of diplomatic ties between Korea and five Central Asian countries, including Kazakhstan and Uzbekistan.

The JoongAng Sunday visited Almaty, the former capital of Kazakhstan and the largest city of the country, to trace the history and ongoing development of the Koryo Theater. 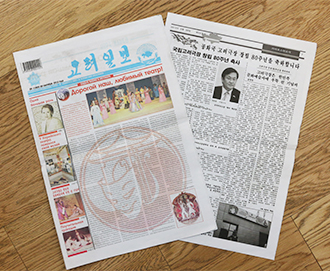 Koryo Ilbo is a newspaper for ethnic Koreans living across Central Asia, but fewer and fewer pages are being printed in Korean.

A tie that binds

The latter years of the Joseon Dynasty (1392-1910) were marked by famine and tumultuous politics, prompting more than 5,000 people on the Korean Peninsula to move eastward to the far reaches of what would become the Soviet Union, especially Sakhalin Island. Mom-and-pop theaters sprung up to satisfy the needs of the high-spirited Koreans, who enjoyed their music and dancing.

When the eastern Koreans were forced to go to Kazakhstan, they didn’t land in the capital, rather they were deposited in Kzyl-Orda, Ushtobe and other isolated small towns.

The remnants of those mom-and-pop theaters formed a troupe that traveled among the towns, bringing plays, music and dance to the collective farms. They also became a vital connection at a time when communication among the dispersed Koreans was all but nonexistent.

“The performances were not all about entertainment, but part of efforts to consolidate their ethnic identities,” says Kim Sang-wook, who publishes a newspaper for Koreans in Kazakhstan.

Kim Jo-ya, a 60-year-old singer at the Koryo Theater whose parents were performers, recalls, “My parents would not come back for six months when they went out to perform.”

“The transplanted Koreans were concerned about the safety of their families and relatives in other regions. Back then, they couldn’t move freely, so the outdoor theater members brought news from loved ones,” says Han Myung-hee, former president of the National Center for Korean Traditional Performing Arts who has been involved in cultural exchange programs since 1991.

The Koryo Theater navigated through the tumultuous years of the late 1980s when the Soviet Union fell apart and sovereign countries emerged. In particular, 2002 was a landmark year, as the theater was renovated to have independent stages.

President Nursultan Nazarbayev of Kazakhstan visited the opening ceremony of the renovated facility, recognizing the achievement of the ethnic Koreans.

“Ethnic Koreans never vanished in history and have not been assimilated,” the president said. “They kept protecting their culture and developing it, contributing to the growth of Kazakhstan’s economy and society.” 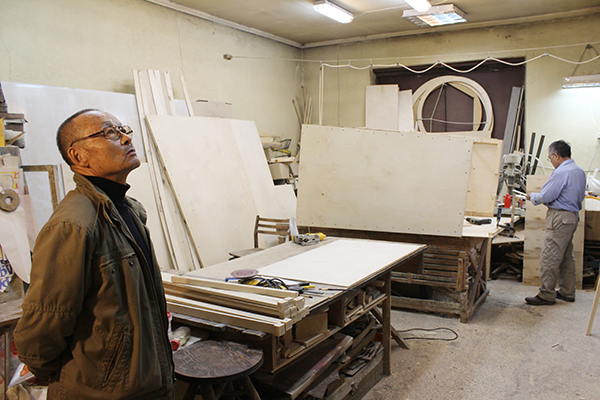 Choi Young-geun, a senior manager of the Koryo Theater, is concerned about the young generation’s declining interest in Korean language and culture.


A shift in generation

The Koryo Theater is located in a tranquil neighborhood a 30-minute drive from downtown Almaty. On a front door of the theater’s bus was a banner that read “Seoul” in Russian. The bus was donated by President Lee Myung-bak when he was Seoul mayor in 2004. It serves as a shuttle between downtown and the theater.

Ninety-six people are employed by the theater, about half of them performers. A show ranging from traditional plays to samulnori (Korean percussion) to songs and dances is held every Saturday. It costs about 4,000 won ($3.70); special performances are 8,000 won.

Cast members were at the height of rehearsing their parts the morning of Oct. 30 in the theater’s practice room. They read scripts written in Hangul and receive feedback from chief director Lee Oleg.

A rehearsal of Anton Chekhov’s “The Bear” follows and director and actor Choi Ro-man chants the lines of the weekend play: “Please, speak honestly. Have you ever seen a faithful, diligent and sincere woman?”

Each seat at the theater features headphone jacks. For those who can’t understand Korean, actress Kim Jo-ya’s narration allows them to fully appreciate the performances.

Despite the ethnic group’s efforts to maintain its roots, senior manager Choi Young-geun points out that “more and more of the young generation [of Koreans]are not that passionate about learning Korean.

“Russian and Kazakh mostly take priority over Korean, and the Korean language is even put behind English.”

The waning demand for the language has made it difficult even for those who want to learn Korean.

“Realistically, it is hard to learn Korean here. If we go over Koryo Ilbo [newspaper for the migrants], only four pages out of 16 are written in Korean,” says Choi. “I am not sure how to deal with this issue, going forward.”

Nonetheless, young actress Choi Olga offers a glimmer of hope for those with similar concerns.

“I certainly have a Korean identity. The beauty of Korean culture lies in its tradition of respect for the elderly, which is rare to see in other cultures,” says Choi, whose father is ethnic Korean and mother Kazakh.

“My role is to keep and cherish a culture that has a great importance. Money might come and go, but the leading figures who kept the theater going remain in history.”