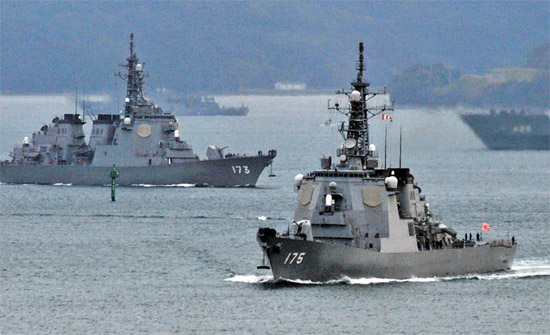 North Korea announced it was extending the launch period of its long-range ballistic rocket to Dec. 29, widening the original window from yesterday to Dec. 22, because of “technical flaws” detected in the rocket.

“As we announced previously, [North] Korea’s scientists and technicians are pursuing the launch in the final stage of preparation,” the North’s state-run Korea Committee for Space Technology yesterday said in a statement.

“A technical deficiency was found in the operational engine of the first stage of the rocket, so the launch date for the satellite will be prolonged until Dec. 29.”

A senior researcher at the South’s state-run Korea Aerospace Research Institute told the Korea JoongAng Daily on the condition of anonymity yesterday that the troubled engine plays a role in controlling the first stage of the rocket’s “posture.”

“It’s a small-sized engine that adjusts the posture of the rocket, so that it can fly on its designated trajectory,” the researcher said by phone. “I think the North found the problem in the engine after they assembled all three stages of the rocket.

“I guess the scientists should dissemble all three stages to fix the problem,” he said. “They could replace it with a new engine, but it would be faster to replace a new rocket, if they have another one.”

Yun Duk-min, a professor at the state-run Institute for Foreign Affairs and National Security, told the Korea JoongAng Daily that it’s a first for Pyongyang to issue a notice to postpone a rocket launch and clarify the reason.

“Previously, they just fired off the rocket, without any notice, so we didn’t know whether they rescheduled it or not,” Yun said.

“Now, they appear to meet the international standards to launch the rocket, calling it a satellite, by sending a notification to the international organization and issuing a public statement about its schedule. They are saying that it is just a normal satellite launch, not a long-range missile technology test.”

Pyongyang said on Saturday and Sunday that it will postpone the launch of the long-range rocket Unha-3 without elaborating.

Speculation about the delay abounds, such as the heavy snowfall that reportedly covered the launch site in Tongchang-ri, in the northwestern part of the country.

“It’s unusual for North Korea to fire a long-range rocket during the winter,” Yun said. “This time, they didn’t even invite foreign journalists to launch, possibly because it would be embarrassing if they failed again.”

Kim Yeon-su, a professor at the Korea National Defense University, told the Korea JoongAng Daily that if this launch is also botched, the leadership of Kim Jong-un could be threatened.

“I think Kim is putting all of his efforts into the success of the launch,” Kim said. “If this fails like the April one, all of the scientists concerning the launch will be persecuted and Kim will face a circle of power protesting his reign.”