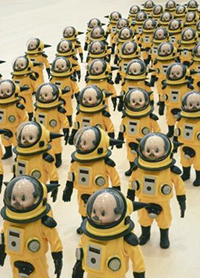 To Dec. 27: Hongik, one of the Korea’s most prestigious universities for fine arts, design and art theory, is holding a large-scale festival to celebrate the opening of its new center on Daehangno Street in central Seoul.

The festival, with 900 pieces by 550 artists ranging from renowned veterans, such as photographer Bae Bien-u, to up-and-coming students, will take place at both the new art center and main campus.

The art center will host exhibits of works by professors and students of Hongik University as well as artists affiliated with six universities in China and Japan. One of them is Kenji Yanobe, a Japanese artist known for grotesque sculptures inspired by toy robots and a professor at Kyoto University of Art and Design.

Hongik University Museum on the main campus will be the site of a small-scale show of beloved early 20th-century Korean masters, including Lee Jung-seob (1916-56).

The highlight of the exhibits at the main campus will be “PROJECT 72-1: School as a Laboratory” at the buildings of the former elementary school attached to the university’s Education College. The elementary school relocated from the university campus, so the buildings have housed artists since November. The exhibit will feature site-specific works by dozens of artists, including Koo Dong-hee, who won this year’s Misulsang, an art award by the French luxury brand Hermes. 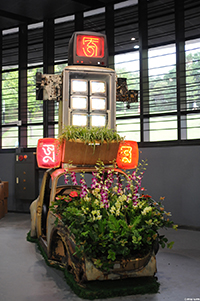 To Jan. 20: The exhibition is a celebration of Nam June Paik’s 80th birthday. This one focuses on his works related to cybernetics and artists he influenced.

The exhibits include “TV Garden,” an installation of cathode-ray tube TV monitors among thick plants. It shows the artist’s visualization of nature’s energy waves in the images and sounds of television monitors, which relates to the concept of feedback in cybernetics. The show also includes “Marco Polo” and other Paik video sculptures. 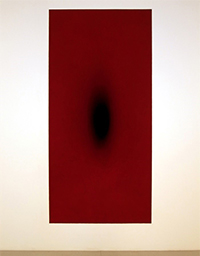 To Jan. 27: This is the first solo show in East Asia of Anish Kapoor, one of the world’s hottest contemporary sculptors. The 58-year-old India-born British artist’s show consists of 18 works, including his early “Pigment” series and latest stainless-steel sculptures as well as his “Void” series of the 1990s, which Leeum says show the “essence” of the artist’s philosophy.

One of the “Void” series on display, “Untitled” (1990), consists of three hemispheres covered with dark blue pigments. The concave sections of the hemispheres are dark, surprisingly without any tinge of light, so viewers experience the wonder and fear of unfathomable depth. The voids in Kapoor’s artwork are simultaneously spaces of “nonexistence” and “existence” as there exist nonphysical, nonmaterial things like darkness, infinity and human feelings, the artist said.

A day pass that includes admission to the permanent exhibitions is 14,000 won. Hours are 10:30 a.m. to 6 p.m. Tuesday to Sunday. A docent leads tours in English at 2 p.m. Saturday and Sunday. Go to Hangangjin Station, line No. 6, exit 1

To March 24: The show focuses on the Paris period of Vincent van Gogh, one of the world’s most beloved painters.

The Dutch artist stayed in the French capital from March 1886 to February 1888.

Most of the 60 oil paintings on display, including “Self-Portrait with Grey Felt Hat,” were done during this period. This exhibition shows how his style changed dramatically in Paris with the use of bright colors and bold strokes, and flat color without shadows.

The change came from van Gogh’s encounter with Japanese woodblock prints called Ukiyo-e, as well as the French Impressionist paintings. “Pere Tanguy” shows the artist’s fascination with Ukiyo-e, as the portrait of the Parisian art dealer has several Japanese prints in the background.

The closing time will be 8 p.m. in March. The museum is closed the last Monday of each month. Go to Nambu Bus Terminal Station, line No. 3, exit 5. 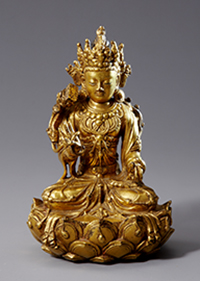 To April 27: In celebration of the 30th anniversary of Horim’s founding, the museum is displaying 80 of the most renowned pieces in its collection. They include state-designated treasures, such as a gilt-bronze “Standing Buddha at Birth” from the sixth century, which is National Treasure No. 808.