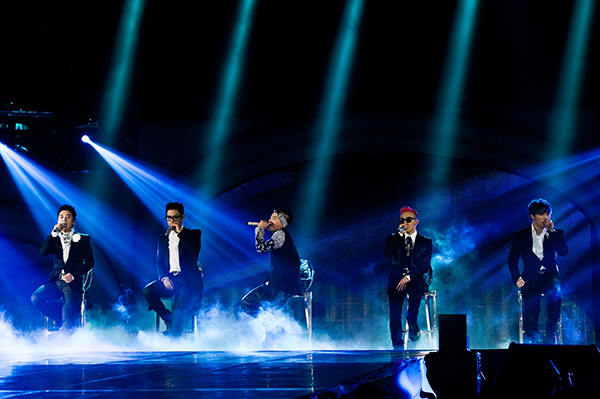 
Big Bang carried on with its “Alive Galaxy Tour” in Hong Kong from Saturday to Monday, having performed for some 30,000 fans in all.

The concert, which kicked off in Shanghai in July, has also made stops in Indonesia, Taiwan, the Philippines, Malaysia and the Americas.

The Hong Kong leg of the world tour was only supposed to run from Saturday to Sunday, but due to overwhelming demand, an additional show was tacked on.

Despite the final show being held on a weekday, the stadium at the AsiaWorld-Expo was packed on the band’s final night.

To get the best spots, some had even camped out three nights at the venue.

With Hong Kong conquered, the K-pop boy band will make its way to England, where it will perform at Wembley Arena on Friday and Saturday.

There was to be only one show in the United Kingdom, but Saturday night’s show was added to meet demand. The last chapter of the world tour will take place in Seoul at Olympic Park from Jan. 25 to 27.