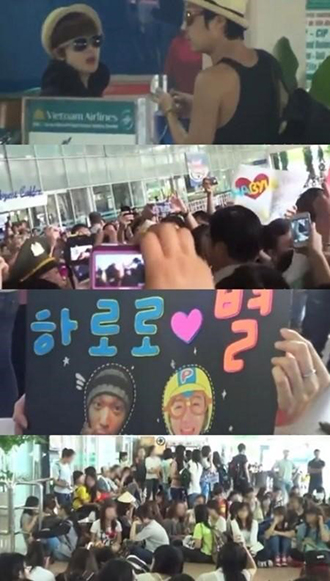 The picture and videos too titled “Haha gets welcome in Vietnam by fans” captured the two lovebirds landing at an airport in Vietnam as well as a throng of people with their cameras out to snap a photo of the couple.

Haha and his new wife held their wedding ceremony on Nov. 30 and departed for Vietnam on Dec. 1. They spent 10 days there before returning home.

While in Vietnam, the new husband also carried out his “Infinite Challenge” duties by personally delivering a portion of the pre-ordered calendars of the variety show to fans.