Juni reveals pregnancy ahead of nuptial

Juni reveals pregnancy ahead of nuptial 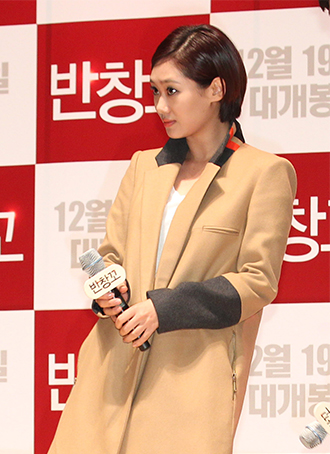 Actress Juni has dropped another bombshell.
After announcing last week that she will marry a man three years her senior, Juni has come out to say that she’s with child.

The 27-year-old is seven weeks into her pregnancy and made it known by attending a press conference for the movie “Band-aid” on Dec.11, and stating that she turned up in comfy attire “because of the pregnancy.”
BH Entertainment also confirmed the news the following day.

On Dec. 13, Juni will marry her fiancée at a ceremony in Guam. The press event on Dec. 11 was her last official duty before becoming a Missus.

Juni and her beau met last year through a friend and although planned to get married this fall, the date was put off due to her being cast in the KBS drama “Ulala Couple” alongside Shin Hyun-joon.