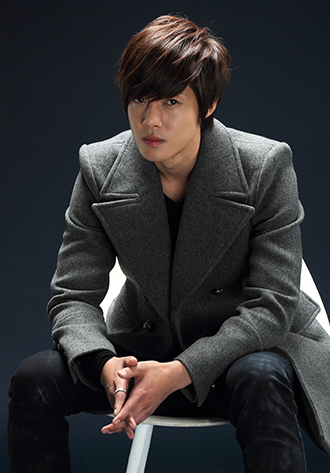 Ahead of his first Japanese album’s release, Kim Hyun-joong staged a press event where he unveiled music videos for his upcoming album titled “Unlimited,” and also answered any questions fans and the press may have.

The event which took place at Shibuya Public Hall on Dec. 11 was attended by more than 6,000 fans.

His new songs” Your Story” and “Save Today” received extra attention and Kim impressed all with his new persona: mature rock star.

One member of the press from the showcase told Korean media Sports World that Kim’s following in Japan was growing by day.
“Despite the competitive nature of the industry Kim’s fan base is growing daily,” said the insider.

Kim’s Japanese solo album will go on sale from Dec. 12 ahead of his national tour from January to March.
By Carla Sunwoo [carlasunwoo@joongang.co.kr]