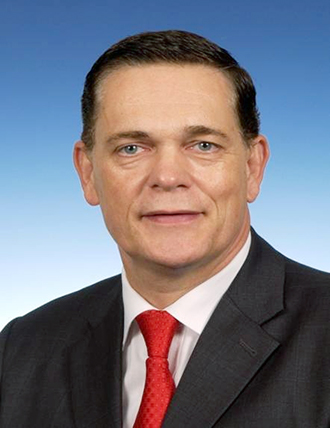 Audi’s priority next year will be upgrading its after-sales service in Korea, said Johannes Thammer, the new CEO of Audi Korea.

“2013 will be the year of consolidation for Audi Korea,” said the 57-year-old German national. “We will be committed to do better in our customer service.”

Audi has been notorious for poor after-sales service in Korea. According to a recent survey from Marketing Insight, the German brand was named the second worst imported car brand in terms of customer satisfaction in after-sales service. The worst was a tie between BMW and Volkswagen.

The report, which surveyed nearly 29,000 customers, noted that Audi scored 768 points in 26 categories, which was below local automakers’ average of 789. Local consumers complained about long waits for service and expensive repairs.

Thammer, who will also serve as new managing director of Volkswagen Group in Korea, responsible for Audi, Volkswagen and Bentley, said he will tackle the problem by increasing the number of service centers.

Thammer said Audi Korea will open three new service centers next year and increase the size of three others. This will enable the company to upgrade after-sales service capacity from 134,940 vehicles to 170,040 vehicles in a year, a 26 percent increase, with 22 service centers nationwide.

“As a former head of the global after-sales parts division, I have knowhow and I will use my experience,” he said.

The nation’s fourth best selling foreign auto brand has been enjoying successful sales this year. For the first 11 months, it sold 14,046 units, up 43.6 percent from a year earlier. It is expected to reach its annual sales goal of 15,000 units.

Thammer, who has been with Audi since 1982, said the company hopes to sell 16,000 units next year, following the growth expectations of the Korea Automobile Importers and Distribution Association.