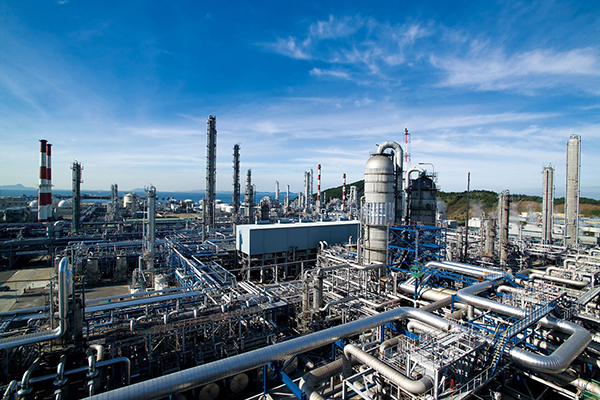 
Samsung Total Petrochemicals, equally invested in by Samsung and a French energy group Total, has accelerated its efforts toward becoming the No. 2 of Samsung Group.

Samsung Total had remained low-profile until this May, although, based on sales, it is the third-largest manufacturer of the entire group after the electronics and display divisions.

The petrochemical division suddenly shot up when it was selected as the fifth gasoline supplier for the government’s altteul (thrifty) gas stations in May along with four local refiners GS Caltex, SK Innovation, S-Oil and Hyundai Oilbank.

Some who were ignorant of the industry were apprehensive of Samsung’s expansion into the gasoline market, fearing gas pumps with Samsung signs.

For Samsung Total, participation as a supplier for altteul gas stations is likely to serve as a crucial opportunity to accelerate reaching its target sales of 30 trillion won ($27 billion) by 2020.

In the near term, the company hopes it will reach 13 trillion won by 2014 as it completes next year the second paraxylene plant in Daesan, South Chungcheong. 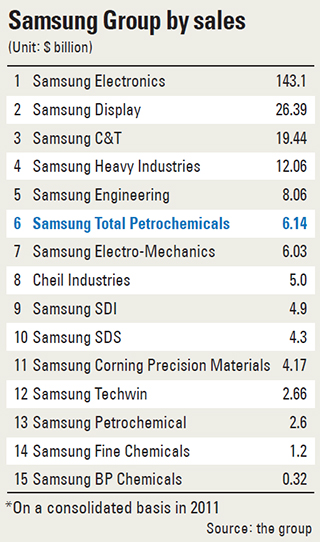 Samsung Total runs the largest petrochemical complex in the country as a private company.

In the Daesan complex, Samsung operates 13 unit plants including a naphtha cracker plant, a synthetic resin plant and a paraxylene plant. The complex produces LPG, aircraft fuel and gasoline.

“Until this year, it has been crucial timing for the company to focus on making an investment in expanding production,” said a PR official at the company.

“In the paraxylene market, there is a cycle for making investments and reaping profits. We expect next year will be the beginning of profit-making with the completion of the second plant.”

The company embarked on building another one-million-ton paraxylene plant in July this year.

There exists little concern about possible supply gluts in paraxylene production, according to the financial sector.

“Since the growth outlook for purified terephthalic acid (PTA), made of paraxylene, isn’t rosy with declining demand, paraxylene might also be affected later,” said an analyst at a local securities firm anonymously.

PTA is used for making polyester textiles. The global textile industry is seeing sluggish demand in the wake of the recession. Including Samsung Petrochemical, local PTA manufacturers had to suspend their plants several times this year due to thinning margins. 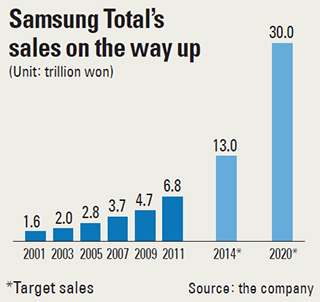 Samsung Total provides the paraxylene for Samsung Petrochemical that produces PTA. However, the PTA manufacturer has been suffering falling profits in recent three years due to oversupply of PTA. Global production surged because of aggressive expansion by the Chinese, while demand has been sluggish due to the economic downturn.

There was even a rumor that the PTA producer would be merged with Samsung Fine Chemicals, a fertilizer and polysilicon maker, circulating in the financial sector until October. Samsung Petrochemical made an official announcement denying the rumor.

The paraxylene market is currently enjoying a boom as the price of the material is continuing to rise to $1,500 per ton from around $1,300 in July.

“The upbeat trend is likely to continue until 2014, so Samsung Total’s consistent investments should pay off,” said an industry insider. “But the company should also be aware of possible oversupply from 2015, because the PTA market is suffering a supply glut right now, which will affect the paraxylene market later.”