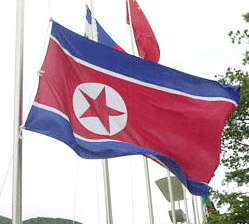 Kenneth Bae, a 44-year-old Korean-American tour operator, has been detained in North Korea for almost six weeks after being arrested by security authorities, the head of a Seoul-based North Korean defector group confirmed yesterday.

“I’ve been informed by one of Bae’s friends in China that Bae has been detained and held in Pyongyang for questioning,” Do Hee-yoon, head of the Citizens’ Coalition for the Human Rights of North Korean Refugees, told the Korea JoongAng Daily yesterday.

“The friend told me that he lost contact with Bae since he left China early last month,” Do said.

“As you may know, we have no representation in Pyongyang,” said Victoria Nuland, spokeswoman for the U.S. State Department. “The embassy of Sweden in Pyongyang acts as our protecting power for issues involving U.S. citizens in North Korea.”

The U.S. has not confirmed any details about Bae’s personal background or why he was detained. “We obviously have no higher priority than the welfare of our citizens,” Nuland said.

According to Korean media on Tuesday, Bae led a group of five foreign tourists from Europe into North Korea through the port city of Rajin in North Hamgyong Province on Nov. 3. Bae, the head of a travel agency who has been to the North several times before, was detained for questioning.

“I’ve been told that one of the five tourists was carrying a computer hard disk that might have contained sensitive information about North Korea,” an anonymous source was quoted as saying by Kookmin Ilbo, a South Korean daily newspaper. “And as a representative of the group, it looks like Bae was the one held for questioning.”

According to reports, Bae was the only one detained and other foreign tourists continued on with their five-day schedule in the North.

Speculation has been raised that North Korea may have detained Bae as a negotiation chip ahead of its missile launch, which was successfully carried out yesterday amid international warnings. The North, sources say, might want to trade Bae’s freedom to avoid new international sanctions.

“It’s highly possible that the North detained Bae with an intention related to its missile launch,” Do said. “Over the past two years, I’ve been told Bae had no problems going in and out of North Korea as a tourist operator.” Bae is the first foreigner to be detained by North Korea under its new leader Kim Jong-un.

North Korea has detained several foreign civilians, including Evan Hunziker, an American, in 1996, who drunkenly swam across the Yalu River from China and was held for three months for spying.