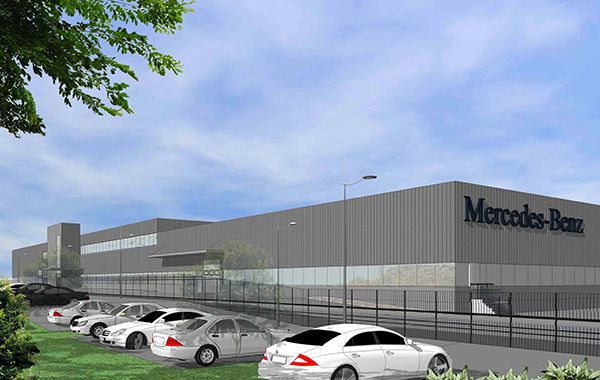 Mercedes-Benz Korea’s parts distribution center to be completed by 2014.


Mercedes-Benz Korea announced yesterday that it will invest 52 billion won ($48.5 million) to build a parts distribution center in Anseong, Gyeonggi, by 2014.

The Korean branch of the German automaker said that construction will start in April at an 18,300-square-meter (196,979-square-foot) site.

The company said it will be equipped with high-tech facilities. The center will officially operate from June 2014.

Mercede-Benz Korea said the facility will enhance the automaker’s competitiveness in after-sales service.

“[It] will allow us to supply auto parts with stability in Korean auto market,” Dirk Slabber, vice president of Mercedes-Benz Korea, said in a statement.

“We expect to achieve enhancement in product quality and customer satisfaction by providing quick services.”

According to data from Marketing Insight, a local consumer research group, Mercedes-Benz scored 808 points in terms of customer satisfaction in after-sales service.

That was best among German brands but still below Japanese luxury brand Lexus which topped the survey with 837 points.