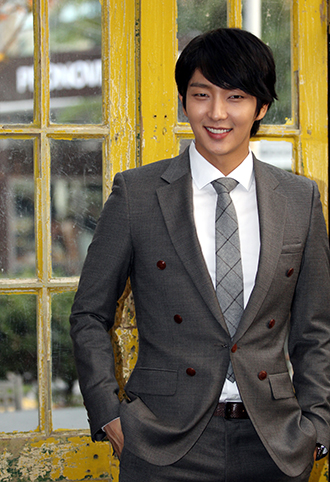 Over the course of a week, Hallyu heartthrob Lee Joon-gi has met with more than 10,000 fans in Japan.

IMX Entertainment said Lee’s fan meets took place in Nagoya on Dec. 4, Osaka on Dec. 5 and Yokohama on Dec. 10 under the banner “Time with You… in Japan.”

At the meets, the pretty-faced actor talked about his latest drama, “Arang and the Magisrate,” no doubt answering questions about working with the beautiful Shin Min-a.

He also took the time to speak of his other endeavor: life as a singer. The 30-year-old entertainer, whose main vocation is acting, also showed off some new moves and songs to the delight of fans.

To wrap things up, Lee, ever the gentleman, thanked fans for “coming out despite the cold weather.”

He also promised that he’d try to make a bigger name for himself abroad.

“Arang and the Magistrate” was Lee’s first work since being released from the Army in February. The show was sold to a network in Japan ahead of its Korean airing due to his large following there.