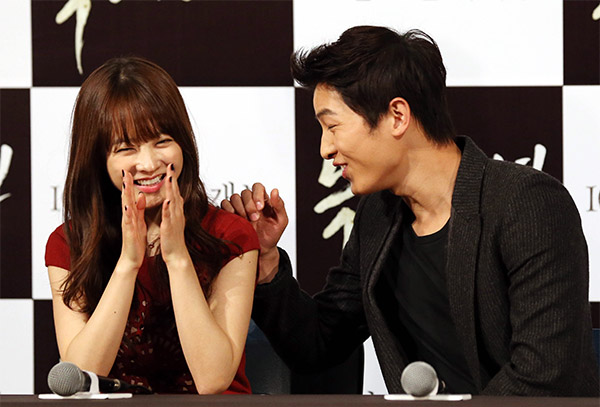 “A Werewolf Boy” has set a new record again by becoming the first Korean “melodrama” to reach the seven-million mark.
According to CJ Entertainment, “A Werewolf Boy” and the extended version with an alternate ending chalked up more than 7,010,000 in total tickets sold.
The feat comes just 47 days after the film opened on Oct. 31.

The film exceeded the six-million mark last month, and to thanks to the fans, the director of the film released the alternate ending version on Dec. 6.

The modified film brought viewers back to the cinema, with many having watched the film two to three times.
On Dec. 15, in just one day the film chalked up 43,556 in sold tickets and was the fifth movie at the Korean box office.
When the film sold an over five million tickets, it became the No. 1 film in its genre, overtaking hits like “Architecture 101.”