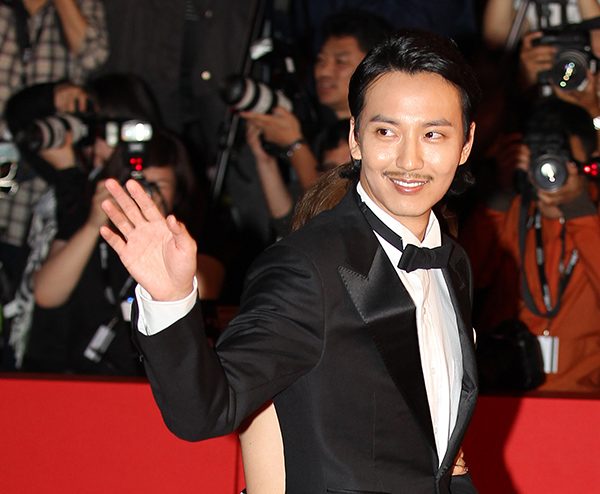 
Actor Kim Nam-gil has held his first fan meet at home before embarking on his Japanese tour.

The event took place on Sunday at Hankuk University of Foreign Studies and was the actor’s first official fan meet after being released from the Army in July.

Kim will be touring Japan early next year. According to his fan meet tour organizer, all tickets for the events in Nagoya were sold out within two days while only 10 percent of the tickets for his Tokyo and Osaka showcases remain.

The 31-year-old’s last drama before enlisting in the military, “Bad Guy” (2010), is supposed to be the reason for Kim’s large following in Japan.

As the show is currently being aired in Japan via NHK, Kim is one of the hottest Hallyu stars at the moment.

Since being released from the Army, where he served in Gangnam District’s city management division, Kim has been working as a producer on a film titled “Ensemble.”