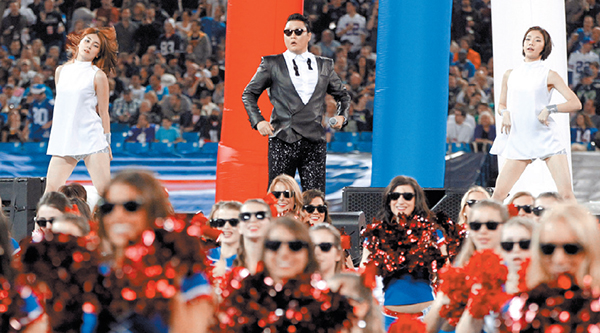 Korean singer Psy performs during the halftime show at the NFL football game between the Buffalo Bills and the Seattle Seahawks in Toronto, Sunday. The Seahawks won 50-17, becoming the NFL’s third team to score 50 points in consecutive weeks, joining the Los Angeles Rams and New York Giants, who both did it in 1950. [REUTERS/YONHAP]