More than 2,000 “2nd” phones, cheap devices with few features, were sold at a limited number of 7-Eleven stores and an online shopping mall in just two weeks of trial sales.

That’s a lot considering only 19 7-Elevens in Jung District, central Seoul, and an online shopping mall offered the phones for sale. 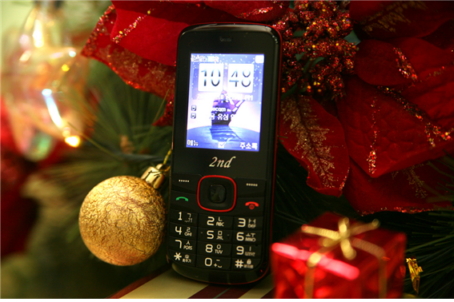 On Nov. 29, the first day of sales, the first batch of 200 phones was sold out and the convenience store chain had to urgently order 300 phones for the next day.

“It is too early to analyze the precise demand for the phones, but consumers who like them are different from smartphone users,” said a 7-Eleven spokesman. “Customers tend to be the elderly and people who are traveling out of Korea.”

“We are receiving various inquiries regarding the sales of the ‘2nd’ phone such as ‘Why can I not get the phone from the 7-Eleven store in our neighborhood?’ or ‘We would like to order four phones for all our family members and so on,” said Heo Kwang-in, general manager of Prepia.

7-Eleven has expanded the number of stores selling the “2nd” phone to 2,000 stores nationwide yesterday, and plans to offer them at all its 7,000 stores by the end of this month.

7-Eleven insiders said its biggest advantage was its cheap price. The fact that it has few features is fine for the elderly and very young, who don’t need all the bells and whistles of a smartphone.

In addition, the “2nd” phones are the first dual-USIM-equipped phones sold in Korea, which makes them suitable for overseas use. Users can buy cheap SIM cards overseas to use in the phones and avoid roaming charges.

The phone works on a prepaid system and comes with 10,000 won charged on its domestic SIM card. Users can get a phone number within 10 minutes of their purchase by subscribing online .

Consumers can select a payment plan online and charge the phone with minutes by credit card, credit transfer or ARS (phone reservation system), according to 7-Eleven.