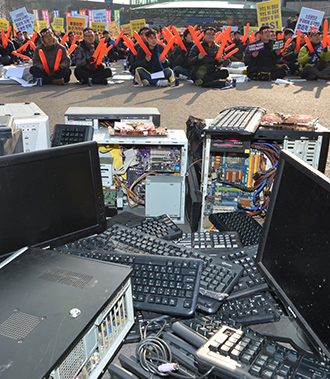 Owners of PC rooms protest before smashed Microsoft hard drives, keyboards and Windows CDs in front of Seoul Station in central Seoul in a rally against Microsoft Korea’s monopoly of the market. The owners claim that the high cost of the Microsoft platform resulting from its monopolistic status here makes their livelihood difficult. [NEWSIS]