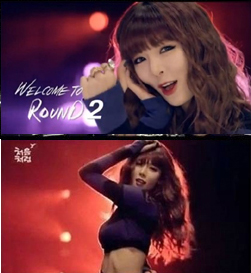 The Seoul city government is asking advertisers and entertainment agencies to keep young K-pop stars out of their beer and liquor ads.

The Seoul Metropolitan Government said yesterday it will send an official request to stop young K-pop stars as well as actors and sports stars from appearing in alcohol advertisements today.

The request will be sent to advertisers, alcohol manufacturers and entertainment agencies, SM Entertainment for instance, as part of efforts to stop alcohol abuse among teenagers.

“A research study conducted last year said that becoming entertainers such as singers or actors is Korean teenagers’ second most wanted job,” said Kim Kyeong-ho, director of the welfare and health division of the Seoul Metropolitan Government. “It means that they can influence teenagers’ behavior.”

Earlier this month, Lotte Liquor released its 30-second advertisement for its popular soju brand “Like the First Time” and hired Hyun-a, a member of girl group 4Minute, who starred in Psy’s “Gangnam Style” music video, Goo Ha-ra of KARA, and Hyolyn of Sistar as their models.

In the ad, the girls wore hot pants and performed sexy dances holding soju bottles in a club setting. The advertisement was classified as adult content but can be easily seen on Lotte’s official Web site or YouTube without adult age verification.

In August, the city government ordered all 63 large retail stores in the capital city to move all liquor sections to corners to prevent people from impulsively buying alcohol. A study conducted by the Korea Centers for Disease Control and Prevention last year said teenagers start drinking at an average of 12.8 years old.

“The biggest reason for this move is that some advertisements on television or the Internet are too raunchy for teenagers and have images that could make teenagers consider drinking a cool activity,” said Kim Su-jeong, an official of the welfare and health division.