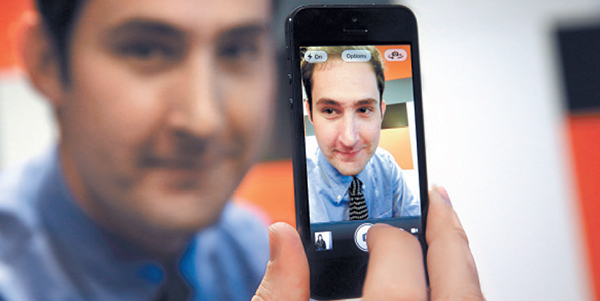 
Instagram backed down Tuesday from a planned policy change that appeared to clear the way for the mobile photo sharing service to sell pictures without compensation, after users cried foul.

“The language we proposed also raised questions about whether your photos can be part of an advertisement,” Instagram co-founder Kevin Systrom said in a blog post.

“We do not have plans for anything like this and because of that we’re going to remove the language that raised the question,” he continued. “To be clear: it is not our intention to sell your photos.”

Twitter and Instagram forums were abuzz over the phrasing, as users debated whether to delete their accounts before the new rules kicked in.

“Bye-bye Instagram,” tweeted Scott Ninness. “Who in their right mind will use a service that allows your images [to] be sold with no financial remuneration to you?”

“Everybody should continue using Instagram but just take blurry photos of sandwiches,” suggested a Twitter user with the screen name Michele Catalano.

Systrom did not specify how the terms of service wording would be changed.

Originally proposed portions of the new policy that rankled users included “You hereby grant to Instagram a non-exclusive, fully paid and royalty-free, transferable, sub-licensable, worldwide license to use the content that you post on or through the service.”

The terms also stated that “a business or other entity may pay us to display your username, likeness, photos, and/or actions you take, in connection with paid or sponsored content or promotions, without any compensation to you.”

Instagram contended that it was not claiming ownership of people’s pictures.

“Instead it was interpreted by many that we were going to sell your photos to others without any compensation. This is not true and it is our mistake that this language is confusing.”

Some people tweeted in defense of Instagram, arguing that it was a “mega-business” that needs to make money.

“I quit Instagram on principle,” Twitter user Liz Heron said on the popular message service. “I’m tired of contributing to the commodification (sic) of my own existence.”

Internet rights activists at the Electronic Frontier Foundation had called on Instagram to reconsider the new policy, saying it violated “key principles” for social networking services.

Instagram, which has some 100 million users, is seeking to route photo viewers to its own Web site, where it has the potential to make money from ads or other mechanisms.

This month, the service made it impossible for Internet users to view its images in messages at Twitter.

Twitter responded by adding Instagram-style photo sharing features of its own.

Yahoo joined the fray last week by making it more enticing for iPhone users to use its Flickr photo service.