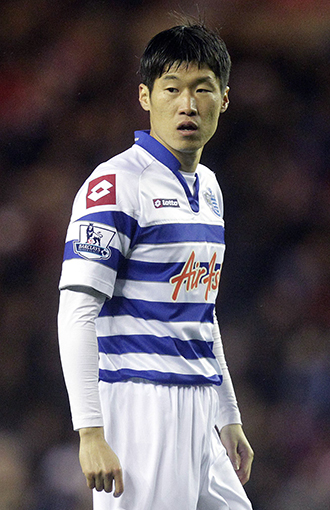 The year 2012 marked a generational shift for Korean football with a wave of young professionals taking the pitch as legends like Park Ji-sung began their final stretches in elite football leagues overseas.

Some remaining members of the 2002 World Cup national team, who played critical roles in the semifinal run, bid adieu. But a few couldn’t stay away from football for long. Hong Myung-bo is case in point. The former captain of the national team managed Team Korea in London and led the squad to its first Olympic medal.

Park undisputedly remains the biggest inspiration for his compatriots on the pitch, surviving eighth straight years in the competitive English Premier League, a trail that he blazed for his fellow countrymen.

He appeared to extend his impressive career this year with a pricey transfer that brought the 31-year-old former Manchester United star to another English Premier League side, the Queens Park Rangers. He was named captain with the ownership of the west London club fully backing the transfer.

But the absence of the Korean midfielder in recent matches, in particular after Harry Redknapp replaced Mark Hughes as the struggling team’s manager last month, may indicate that his place in London is not as secure as it seemed initially.

Park has recorded only one assist in 10 appearances this season as QPR slumped its way to the bottom of the league, coming close to setting a new record for the longest streak without a win.

He had missed five straight games since late October due to a recurring knee injury, but even after his condition improved, he was not called on for the two recent matches, raising speculation that he has not earned the trust of Redknapp and veteran players.

One of the leading Korean players who threatens to take his place in Korean hearts is Son Heung-min, who has had the strongest Korean presence in decades in the German Bundesliga.

At the age of 20, Son has scored six goals for his club, Hamburg, in the first half of the season, making his name onto the league’s top scorers list. His performance, which earned him the nickname “Sonsation” among German fans, has triggered much attention from bigger European clubs.

Ki Sung-yueng was also thrust into the spotlight in August after the Premier League’s Swansea City brought him in from Celtic of Scotland at a record high transfer fee for the Wales-based club. The 23-year-old midfielder has made a steady contribution to Swansea, starting in most of its 2012 games so far, although he has struggled in a few recent matches.

Park Chu-young, 27, also found a chance to start for Spanish club Celta Vigo, which acquired the Korean striker on loan from Arsenal in August. He has scored three goals so far.

Lee Chung-yong of Bolton and Kim Bo-kyung of Cardiff City also made Korea’s presence felt in Europe with their consistent starts.

As these stars rise, others are bowing out. Striker Ahn Jung-hwan and goalkeeper Lee Woon-jae became the latest members of the 2002 Guus Hiddink squad to call it quits, but they may soon return as coaches too, hinting that they want to help their junior players excel in their international campaigns. Hong’s experience in the Olympics has inspired many from the 2002 squad to contribute to player development.

That may be why Korean football can wrap up the year with hope while the legends who inspired the country hang up their boots.