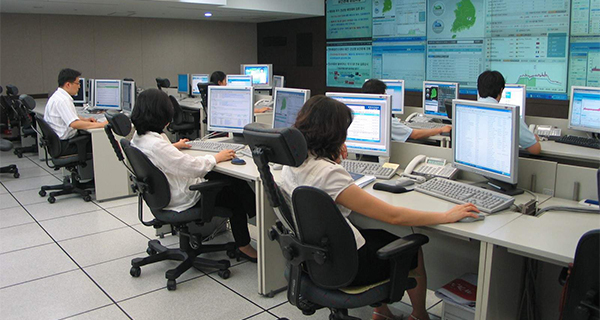 The Office of the President in the Blue House is at the center of state administration and national crisis management. The 18th president-elect may be intoxicated by victory and celebration and feel like she is walking on a cloud. But she must understand the situation of state crisis and be ready to respond systematically from the moment her election is determined. The citizens demand an iron will and leadership from the president.

President-elect Park Geun-hye will be faced with many serious issues: the sharp discrepancy between the left and the right and between generations, the shrinking middle class, the clash of the low- and high-income strata, growing welfare demands, prolonged global economic slump and consequent low growth of the Korean economy, shrinking population, nuclear power plant safety, energy crisis, ominous signs of a nuclear experiment following Pyongyang’s long-range rocket launch and the leadership reshuffle in the United States, and Japan and China and changes in their Korean Peninsula policies. Park needs to respond to all critical situations, including natural and man-made disasters.

When the Kim Young-sam administration began, a situation room was installed in the Blue House, serving as the central office in charge of state crisis management. The situation room analyzes all information collected by the National Intelligence Service, defense, diplomatic, unification and police intelligence agencies and local governments in real time and reports directly to the president and issues early alerts.

However, the situation room has not been operated with an eye on the long term. The crisis management system has been operated to suit the administrative preference of each president whenever a crisis arose. The title has been changed from the Situation Room to the State Administration Situation Room, the National Security Council and the State Crisis Management Center, with the function altered as needed.

The president-elect needs to comprehensively review the organizational operation system of the Office of Presidential Secretaries by utilizing information technology. The focus of the reorganization should be on the situation room that functions as a crisis management center, reinforcing and developing a system to support the president with accurate and timely information.

The restructuring should address the information provided by national intelligence agencies to the president and his secretaries, the early alert system, the president’s communication with the government agencies that carry out crisis management, and the information distribution system with companies and social groups exposed to crises.

At the same time, in order to optimize the crisis management system, the president-elect needs to conduct an operational review of the state intelligence agencies, which has never been done since the establishment of the government. The review will lead to a definition of the unique duties of the state intelligence agencies, management of intelligent activities, organizational reshuffle, and reinforcement of the expertise and professionalism for the 21st century.

Based on the renewed foundation, the Blue House should install a central apparatus to streamline the national intelligence support system for the president and actually execute the management tasks. Natural disasters like an earthquake or any conflict with North Korea - such as a missile attack, aerial attack or naval clash - will be over within a matter of hours. The key is to establish an effective and efficient decision-making system. It can be done by integrating and communicating real-time information from across the nation and connect it to the Blue House.

Whether to place the state intelligence agency, the secretary for intelligence and the information integration secretary directly under the president should be determined through brainstorming by specialists or a simulation with all potential variables in order to find the best organizational model.

During the 66 days of the transition period from the election to the inauguration, the president-elect needs to reinforce the state crisis management manual, establish an organized response system, employ a competent professional workforce and operate a streamlined information integration system. By the time Park Geun-hye enters the Blue House, she should have already completed the crisis prediction and run-through of possible scenarios. The state emergency management is a key national task that cannot be neglected even for a second.

* The author is professor emeritus of Yonsei University.