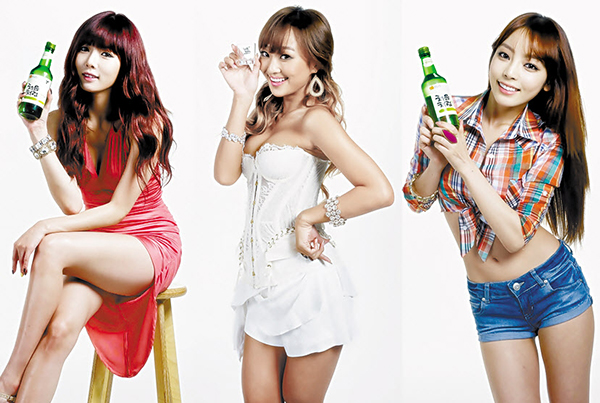 The soju brand, which aired a new 30-second spot featuring the three early this month, said the ad would be off its YouTube channel and home page by today.

The government saw the ads as a problem as the Hyun-a version chalked up more than 1.9 million views, most of them presumably minors.

A Lotte spokesperson said the company was sad to see the commercials starring the hottest girls of the moment end, “but because the government bodies mean well, we feel that we need to comply.”

On Tuesday, the government sent requests to advertisers, alcohol manufacturers and entertainment agencies to join the initiative to curb underage drinking.

According to the municipal government, alcohol ads appear as average of 574 times a day via television, radio, newspapers and magazines.