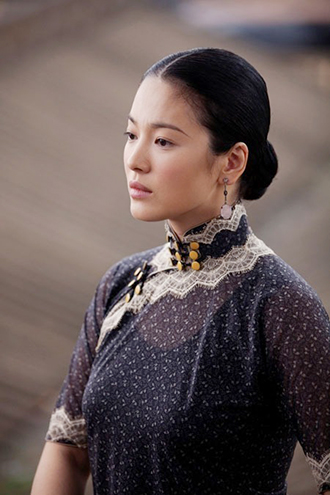 The martial arts movie directed by Wong Kar-wai took five years to make and boasts some of the biggest names in Chinese cinema like Zhang Ziyi, Tony Leung, Chang Chen and Zhao Benshan.

The film is set against the backdrop of 1930s China and inspired by Yip Man, legendary grandmaster of the martial artist Wing Chun and master to Bruce Lee, about whom at least three films have been made.

“It is a special honor for us to open the 2013 Berlinale with the presentation of the newest film by this year’s jury president, Wong Kar Wai,” said the organizers on the festival Web site.

The world renowned film festival runs from Feb. 7-17.It is unknown whether Song will attend, as she is set to star in a drama early next year.

The 30-year-old actress will not be the only Korean in Berlin. Director Hong Sang-soo’s latest work, “Nobody’s Daughter Haewon,” has also been invited.