Hwayoung zeroes in on new agency

Hwayoung zeroes in on new agency 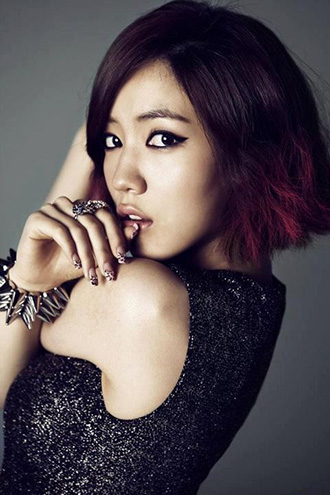 Former T-ara member Hwayoung, who was ousted from the group earlier in the year, apparently has found a new home.

According to the celebrity Internet news specialist Enews24, the member who was bullied by her former band has been meeting with MS Team agency, which is home to actresses Son Ye-jin, Lee Min-jung and Moon Chae-won. Her choice seems to reveal a bit about Hwayoung’s new orientation: to make it as an actress.

The 19-year-old singer has previously expressed her desire to act by choosing to study film studies at Kyunghee University after high school. Her twin sister and singer Hyoyoung landing a role on the current drama “School” seems to have spurred on Hwayoung. Apparently, she has been presented with offers from agencies that specialize in singing.

Meanwhile, a spokesperson for MS Team said it was true that they’ve been meeting with her and that “so far, everything looks positive.” Since the scandal of July, in which she was found to be victim of group bullying, Hwayoung has remained out of the spotlight.
By Carla Sunwoo